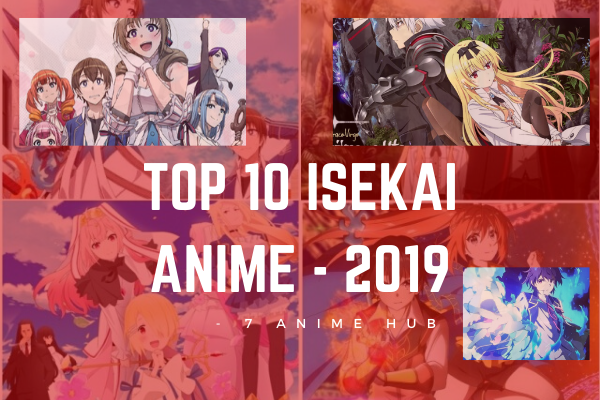 10. Okaasan Online (Do You Like Your Mom? Her Normal Attack is Two Attacks at Full Power) 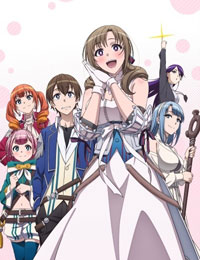 Just when Masato thought that a random survey conducted in school was over, he got involved in a secret government scheme. As he was carried along with the flow, he ended up in a Game world! As if that wasn’t enough, shockingly, his mother was there as well! It was a little different from a typical transported to another world setting but after some bickering,

“Mom wants to go on an adventure together with Maa-Kun. Can mom become Maa-Kun’s companion?”

With that, Masato and Mamako began their adventure as a mother and son pair. They met Porta, a cute traveling merchant, and Wise, a regrettable philosopher. Along with their new party members, Masato, and co. start on their journey. 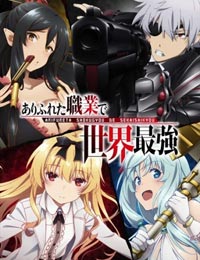 Seventeen-year-old Hajime Nagumo is your average, everyday otaku. However, his simple life of pulling all-nighters and sleeping in school is suddenly turned upside down when he, along with the rest of his class, is summoned to a fantasy world! They’re treated like heroes and tasked with the duty of saving the human race from utter extinction. But what should have been any otaku’s wet dream quickly turns into Hajime’s nightmare. While the rest of his class are blessed with godlike powers, Hajime’s job, Synergist, only has a single transmutation skill. Ridiculed and bullied by his classmates for being weak, he soon finds himself in despair. Will he be able to survive in this dangerous world of monsters and demons with only a glorified blacksmith’s level of strength? 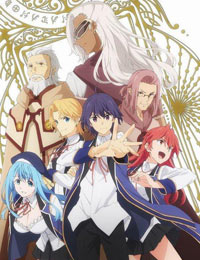 In the kingdom of Earlshide, Merlin Walford was once regarded as a national hero, hailed for both his power and achievements. Preferring a quiet life however, he secludes himself deep in the rural woods, dedicating his time to raising an orphan that he saved. This orphan is Shin, a normal salaryman in modern-day Japan who was reincarnated into Merlin’s world while still retaining his past memories. As the year’s pass, Shin displays unparalleled talent in both magic casting and martial arts, much to Merlin’s constant amazement.
On his 15th birthday, however, it becomes apparent that Shin only developed his combat skills and nothing else, leaving him with blatant social awkwardness, a lack of common sense, and a middling sense of responsibility. As a result, Shin enrolls in the kingdom’s Magic Academy to hone his skills and mature among other teenagers. However, living a normal life is impossible, as he is established as a local celebrity almost as soon as he arrives.
Kenja no Mago follows Shin Walford’s high school life in the capital as he makes new friends, learns about the world, and fights off the various forces of evil surrounding him and his city. 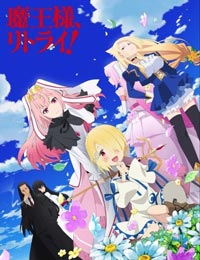 Oono Akira, a working adult that can be found anywhere, was transported to a different world while logged into a character known as the “Demon Lord” in a game he manages. There, he meets a girl with a disabled leg and they begin to travel together, but there’s no way that others will leave a “demon lord” with such overwhelming strengths alone. While being targeted by countries and saints that are trying to subdue the demon lord, they cause turmoil wherever they go.
Demon lord on the outside, normal person on the inside, a misunderstanding type fantasy! 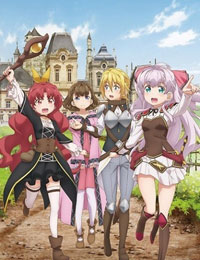 Having stood out from others most of her life due to her exceptional character, Misato Kurihara has lived without neither the joy of having close friends nor the experience of having a regular life. However, after a sudden death, she was transported to a divine realm to be reincarnated—and granted one wish to top it off. Thinking about the ordinary life that she had always wanted, she wished to be born as a normal person, with abilities that are average for the world she will resurrect in.
Reborn as Adele von Ascham—the daughter of a noble—she possesses magic powers completely exceeding what one would label average. Still desiring to carry out the life she wanted, she leaves her home and enrolls at a hunter school in a faraway kingdom using “Mile” as an alias. However, try as she might to hide her overpowering potential, attaining her goal will be difficult—especially when facing against the crazy situations that ensue! 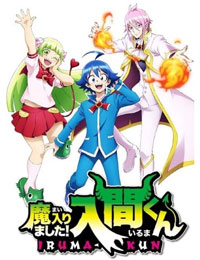 Suzuki Iruma has been sold to the demon by his irresponsible parents in exchange for money. Surprisingly, the next thing he knows, he is living with the demon and has been transferred into a school in the Demon World…
Related:- Top 10 School Anime 2019 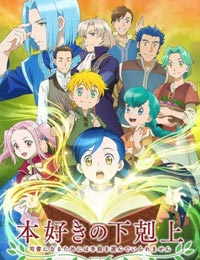 Motosu Urano, a book-loving college student who just got her Librarian certification and was supposed to enter the job of her dreams after graduation, was killed during a massive earthquake crushing her underneath a pile of her own massive collection of books.
Wishing for reincarnation in order to read, even more, she got reincarnated to a world with a low literacy level and very few books, limited only to the nobility of the world. As she reincarnated as the 5-year-old daughter of a lowly soldier, Maine, no matter how much she wants to read, there is no way there are any books around. If there are no books then what do you do? You make them yourself of course… What her goal is, to become a librarian no matter what, and to live a life surrounded by books. For starters, she begins from making them. 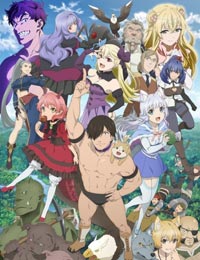 Professional wrestler and animal lover Shibata Genzo is suddenly summoned to another world. Greeted by a princess, she requests to get rid of the evil beasts roaming in this world. Outraged that he was asked to kill monsters, Genzo German suplexes the princess. Unable to get back to Earth, he decides to live a peaceful life and manage a “monster” pet shop.

2. CHOYOYU!: High School Prodigies Have It Easy Even in Another World! (Dubbed) 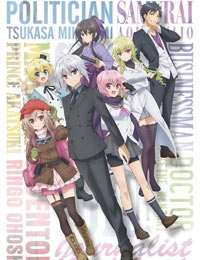 Seven Japanese high school students enjoy international renown for their remarkable talents. One day, these friends survive a plane crash only to find themselves in the medieval fantasy world of Freyjagard, where two human races live side by side in feudal society: the byuma, who have animal features and formidable strength, and the hyuma, who have a small chance of magical aptitude. After being rescued by the byuma Winona and her adopted elven daughter Riruru, the group pledges to use their advanced skills and knowledge to pay the people of Elm Village back for their hospitality and find a way to return back home.
Tsukasa Mikogami, the prime minister of Japan, acts as the leader of these young geniuses and organizes their efforts to intervene in Freyjagard and gather the information and resources necessary for achieving their goals. Believing that there is a connection between their current situation and an ancient legend about seven heroes from another world who defeated an evil dragon, Tsukasa directs the others to learn about the culture around them and search for any clues leading them back to Earth. But he also gives another instruction: to take it nice and easy, lest they ruin this world by giving it their all.

1. Cautious Hero: The Hero Is Overpowered but Overly Cautious (Dubbed) 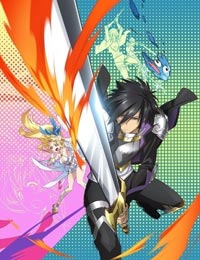 Goddess Listarte, the savior of the super hard-mode world Gairbrunde, summons a hero to her aid. The hero, Seiya Ryuuguuin, holds the cheat-rank status, but he is ridiculously cautious. For instance, he would buy three sets of armor: one to wear, a spare, and a spare for the spare. Beyond keeping an absurd amount of item stock, he remains in his room for muscle training till he reaches the max level and fights slimes at full power just to stay on the safe side.
So, here are all the top 10 Isekai anime 2019. Share this post to let your friends know about this. Thanks for reading this post.